10 Signs of Spiritual Gifts in Children

What if - just for today- we view the world as children do. Would that change how we view tomorrow? - Amanda Rae

The sixth sense, spidey senses, intuition… whatever you want to call it, the concept of psychic abilities is and always has been a fascinating one – also very controversial. While some see psychic abilities as a bunch of bologna, there are other people who truly believe in it. Such as myself.

No matter where your belief stands on this, it definitely makes for a very interesting discussion. And the good news is, more studies are being done and the scientific results are showing that there may be something going on that some people just don’t understand yet.

Of course, it’s not just adults that may have psychic abilities – kids can be psychic too! Even more so than adults, because they haven’t learned to disbelieve or ignore their abilities.

Abilities come in all shapes and sizes, and no two people, or children,  are the same.  If you think your child might have spiritual gifts, here are some things to keep in mind. Not all spiritual gifts are “woo woo” it’s quite the opposite, actually! Let’s talk about ten common signs that a spiritually gifted child might have.

Grown men can learn from very little children, for the hearts of the little children are pure. Therefore, the Great Spirit may show to them many things which older people miss.

1.Their creativity is strong

Lots of children have a very creative side, but psychic children are usually a bit more creative than others. The right side of the brain is usually the side that is responsible for a person’s ability to come up with creative things, and the left side usually helps a person think about things in a more analytical way. Sometimes psychic children use the right side of their brain more than they use the left side, which could have something to do with the fact that many of them make decisions based off of their intuition instead of facts that have been presented to them.

2.They are a great judge of character

Some people are naturally good at figuring out what a person is like, but kids who are gifted with psychic abilities can basically read a person like an open book. Parents of kids who have this kind of ability will probably notice that their child loves being around someone they just met, or they really dislike them for no apparent reason. Psychic kids are particularly great at figuring out what other people are like, even if they’ve only just met them. Be sure to listen to the child and lovingly ask them questions when they share their thoughts or feelings. Even if you don’t understand, it’s important to hold that space for them to express themselves.

3.They are often more Empathetic than others

If a child has psychic abilities, they are probably a bit more sensitive to certain things than others are, kiddos like this are called empathetic children. They may have a harder time watching sad television shows and movies, and understanding that it was “just a show.” Basically, empathetic children feel a whole lot about the world around them. Sometimes the things that are going on around them are a bit too much for them to handle. Being in large groups or around lots of noise and commotion often give them a feeling of extreme overwhelm.

If a child is psychic, you might hear them discussing a past life.  This is truly fascinating, because children who do this have recalled some very interesting things. Many of the documented stories have been found to hold a hefty amount of truth. Since mostly all children have great imaginations, it is easy for those around a child like this to blame it on movies, tv shows, or vivid dreams they have had. Even if you do not believe in past lives, it is still important that you listen to them with an open mind. If parents dismiss this as nothing more than a child’s imagination, they might keep their child from talking about this again. It’s important to listen when they are saying things like this.

A psychic child may have a truly special connection with animals. Whether it’s the family pet, or a pet that belongs to someone else, they are naturally drawn to them. Often the animals are intune to this and will seek the attention of the child as long as the child is calm and gentle. Pets are very gentle creatures who usually do not wish to do harm to anyone, they hold an unconditional love and nurturing vibe. Since psychic children are sensitive to the feelings of others, they really like pets, even more than most people do. Pets can bring anyone joy, but they can often be the best companion to young people with psychic gifts.

6.They’ll know about things before they happen

One of the most well known characteristics of spiritually gifted a person is being able to predict something that has not yet happened. When non-psychic people picture a person with these gifts, they typically imagine someone who is looking into a crystal ball, predicting the future, wearing a hankie wrap on their head while sitting at a small table while trying to take all your money. I wish I could say that was 100% incorrect, however I suppose they do exist in some places. Most often then not, they present themselves no different then someone you would pass on the sidewalk.

Psychics of all ages can actually experience that knowing- way before something actually happens. Sometimes they see these things in visions, and sometimes they see them in their dreams. If a child shares a dream they had with you, pay attention. If they mention that something happened in their dream that mirrored a current situation, listen to them, ask them questions. This will help them process it for themselves, too! It is a great way to open the lines of communication and to show them they are supported.

7.They have imaginary friends

It’s not unusual for little ones to have an imaginary friend or two, but when they do, it could be that they are communicating with something called a spirit guide. According to spiritual schools of thought, everyone has a spirit guide, but the only people who are capable of communicating with them are ones who are spiritually gifted. It’s hard for a person to speak with a spirit when they have not yet accepted the concept. The first step is to believe in them. Again, this is a great time to ask them questions. Allow them to do most, if not all of the talking.

Not everyone likes crowded places, and sometimes it’s because they can pick up on the moods of those around them. This is another thing that empathetic children are able to do. To some, it might sound awesome, but this can actually be hard to deal with, let alone understand. Children of all ages who have this kind of gift find that it can be a bit too much at times, since they feel the emotions of everyone around them. If a child does not enjoy being in crowded places, that could be the reason why. Children like this generally feel as though the emotions or physical pain of others is their pain. Children may or may not be able to tell the difference.

Not every child’s fight at bedtime is because they have spiritual gifts. But psychic children are known to struggle when bedtime rolls around. They usually do not get to sleep very easily, and some of them do not like being in the dark. When they do eventually go to sleep, spiritually gifted children often have very vivid dreams and sometimes struggle with nightmares. This likely makes them want to fall asleep even less.

There are some things parents can do to encourage their child to have pleasant dreams, which might help. Reading to them before bed, or talking with them about what their favorite parts of the day was, can often set the tone for a more peaceful bedtime. Try to avoid mystical magical and mysterious stories during this time, as it might stimulate them.

Children can also not be a fan of bedtime if they are hearing noises in the quiet of their rooms. Kiddos who are able to hear the spirit realm are able to hear more clearly when it is quiet and they are drifting off to sleep. It can be alarming to hear as they settle in. Try playing calm and relaxing music on a low volume, it will help them have something to listen to instead of waiting for the unfamiliar noises.

10.They Can See Auras

Auras are energy fields that surround each of us, and children who are gifted with psychic abilities are sometimes able to see them. One fun fact about auras is that they all look different. A person’s aura changes when their mood changes. If an adult is sensitive enough, they are probably able to see the auras of those around them. But children are more likely to be able to see auras than adults are. Babies or toddlers often seem to be looking just  above a person’s head. It might be they are checking out the auras of those around them.

I am working on something super special to me, and I can not wait to share it with you!!

If you are a parent, guardian, grandparent, aunt, uncle, cousin, babysitter, neighbor, friend or find that you have abilities of your own, I encourage you stay tuned for what’s coming in January of 2021! I will be focusing specifically on spiritually gifted children, how to recognize, support, encourage and guide them as they develop their intuitive abilities and continue to live life as their authentically beautiful selves! Parents, I didn’t forget you! I will be working with you as well to help you help them!

Raising children should mean helping them to become what they already are in God’s eyes.

Check out the latest on my blog! 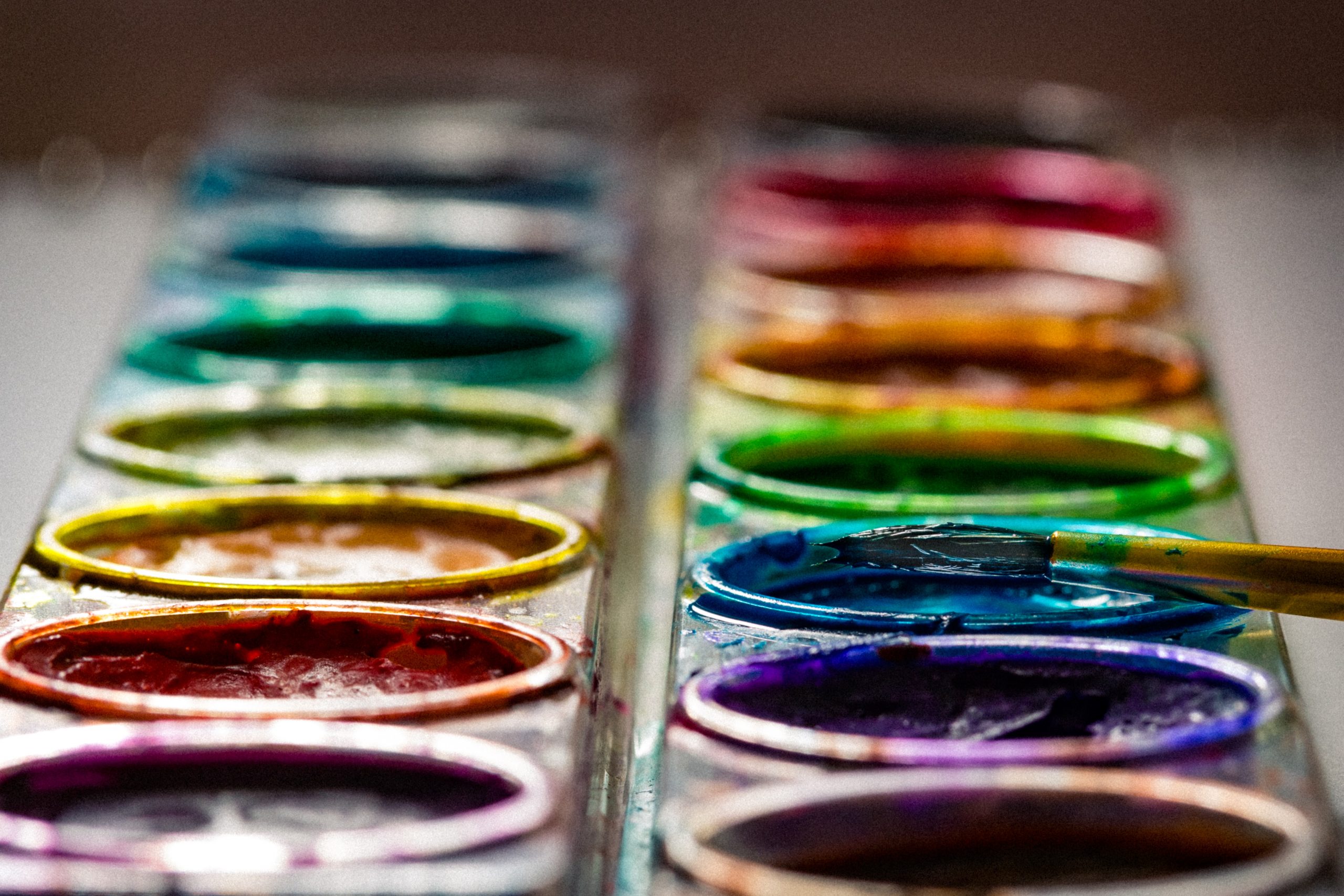 10 Signs of Spiritual Gifts in Children

10 Signs of Spiritual Gifts in Children By Amanda Rae What if – just for today- we view the world as children do. Would that change how we view tomorrow? – Amanda Rae The<div class="blog-buttons"><a href="https://www.amandaraehill.com/does-my-kiddo-have-psychic-gifts/" class="more-link">Read More</a></div>